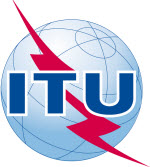 KT announced on the 10th that its GiGA Wire technology, a telephone line-based Internet technology, was recently approved as an international standard at an ITU-T meeting held in Geneva, Switzerland.

KT announced on the 8th that it successfully demonstrated an interworking technology between base stations called Dual Connectivity in partnership with Ericsson. Previously, base stations could interwork with each other only in the ways originally configured.

SK Telecom and Nokia Networks, the leading global network equipment vendor, announced today that they have successfully verified the performance of the co-developed “user plane and control plane separation technique,” one of the key enabling technologies for hybrid core network architecture for 5G.

A Generation where GiGA speed Internet is used through a copper landline is starting. It is predicted that this technology is rapidly developing due to preparation of standard for global technologies.

SK Telecom today announced that it, together with Ericsson, successfully demonstrated an innovative 5G small cell system that offers much higher data rates than LTE by drastically suppressing inter-cell interference based on a new 5G radio _frame architecture.

DASAN Networks is accelerating its global business in Asia-Pacific and European markets. DASAN Networks participates in CommunicAsia 2015 in Singapore, and K-Global 2015 in London, on the 2nd of June and the 16th of June respectively, to introduce its next-generation network solutions.

SK Telecom today announced that it signed a Memorandum of Understanding (MOU) with Rohde & Schwarz, a leading manufacturer of electronic test and measurement equipment, to collaboratively develop key network technologies for 5G.

SK Telecom offers innovative data-oriented price plans that offer the largest amount of data allowance in Korea; unlimited voice calling for both mobile-to-mobile and mobile-to-landline calls; and a long list of special services/programs.

LG U+ showcased 6 new home IoT services (out of 10 services to be released in the second half of the year) at "New Life Experience Room" in its new headquarters on the 17th.

SK Broadband, a Korean ultra-high speed Internet and IPTV (Internet TV) service provider, held an extraordinary general shareholders meeting on May 6th, and resolved to return to its original plan to become a 100% subsidiary of SK Telecom.

Busan Transportation Corporation (BTC) has begun on setting up LTE-R in their subway. According to the business on the 26th, BTC has announced of setting up LTE-R in extension of Busan subway line (Shinpyung~Dadaepo). They will be posting request for proposal (RFP) in the early May. If early, they will select the licensee by end of May and finish setting up by August of 2016. The business scale is about 17.7 million USD.