Samsung Electronics, one of the world's leading providers of mobile communications solutions, and Verizon, a leader in 4G LTE and the founder of the LTE-U Forum that drives the technology in the U.S., will be engaging in a trial focused on Samsung's LTE-U enterprise Femto cell that will conclude at the end of 2015. The companies expect the LTE-U-enabled small cells to be commercially available in 2016.

Samsung and Qualcomm are feeling out about Working Together again for Next-Gen Galaxy S7?

Samsung Electronics is examining again whether to work with Qualcomm again for development of premium Smartphones.

Samsung, “Galaxy S6 Sales Will Reach the Highest Record Ever”

Samsung Electronics has set their sales goal for Galaxy S6 as over 77 million devices. It is the highest record ever, higher than Galaxy S3(77 million devices), which has been sold the most among the Galaxy series. 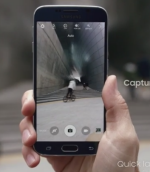 Samsung demonstrates a Trio of 5G Technology Candidates at MWC 2015

Samsung Electronics will demonstrate three key network technologies at Mobile World Congress 2015 in Barcelona, which will pave the way for 5G mobile communications. Each technology focuses on important aspects of the Radio Access Network (RAN) and involves networking innovations that will have a dramatic impact on the capabilities of commercial mobile networks.

Samsung Electronics today announced that it has been selected as the sole vendor for SK Telecom’s nationwide Network Function Virtualisation (NFV) deployment. As part of the agreement, Samsung will provide its AdaptiV Core solution for the operator’s dedicated mobile IoT (Internet of Things) network.

The competition between Samsung Electronics and Qualcomm over smartphone application processors (AP) has been ignited. Public attention is drawn to whether SEC will be able to destroy the stronghold that Qualcomm has had for a long time with the Exynos 7420 based on the 14nm process.

Samsung Electronics will officially launch the ‘Galaxy Note 4 S-LTE’ on January 21. It supports the 3-band Carrier Aggregation (CA) for the first time in the world. It is only 7 months after the company released the ‘Galaxy S5 Broadband LTE-A’ for 3 times faster broadband LTE-A service last June.