News on Korean regulations: The 4th Frequency Deliberation Committee (2) - Withdrawal of frequency in 3,400 - 3,700 MHz and allocation of new frequency

The South Korean government deliberated on 'withdrawal of frequeny in 3,400 - 3,700 MHz' and 'allocation of new frequency' at the 4th Frequency Deliberation Committee held on the 24th.

The South Korean government deliberated on DTV channel rearrangement, frequency allocation for TVWS and the emerging ICT industry at the 4th Frequency Deliberation Committee held on the 24th.

The Ministry of Science, ICT and Future Planning (MSIP) decided to make a total of 6,859 MHz of bandwidth available for three key emerging sectors with the greatest potential: IoT, drone and self-driving car.

News on Korean Regulations: Four deregulations in IoT in 2016

Standards for 5G test service technologies are unveiled. Developed by South Korean businesses, such as Samsung Electronics, the big 3 operators, etc., in cooperation with global vendors, the new technologies will allow for application of Time Division Duplex (TDD) method in 28GHz super-high frequency band, and provision of wideband service through interaction with LTE technologies.

SK Telecom today announced that it, together with Samsung Electronics, had successfully tested its 5G system at 28 GHz in the outdoor environment.

The Ministry of Science, ICT and Future Planning (MSIP) of South Korea announced on the 15th that it will issue an administrative notice of a draft proposal on transmit power raise for 900 MHz (917~923.5 MHz), the most used band globally, from the current 10 mW to max 200 mW, to promote new IoT business and services. 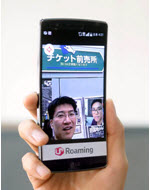 Generation of 100% LTE that has data and voice-calling use LTE is finally here. Clear quality of sound that is almost identical to original sound, fast connection and new additional services are expected.

In the demonstration held at the Nokia Research Center in Munich, Germany, KT confirmed that it took less than 1 second for HD video clips sent from HD cameras to be played back on smartphones.

At a meeting 'PyeongChang Olympic featuring ICT technologies' held at the National Assembly on the 2nd, KT announced a plan for realizing its ICT services during the Olympic events, and demonstrated next-generation 5G and IoT services. KT is an official sponsor of the Olympic.

KT who currently operates a cloud service portal for businesses, announced that it would be launching the first ever domestic cloud service dedicated to public institutions called “olleh biz G-Cloud.”

KT Skylife started broadcasting 3 UHD channels. This is the first time when 3 UHD channels including local and cable channels are delivered at the same time. Other platform businesses such as cable channels and IPTV will immediately plan on retaliation, and a fight to lure UHD product members will arise from this.