A globe-spanning network for the Internet of Things (IoT) has been built over the past 20 years that provides the coverage, security and reliability needed to connect us and bring intelligence to the things that surround us. Cellular networks already cover 90 percent of the world's population, but even with the networks in place, a number of roadblocks to supporting mass-market adoption of IoT have remained.

SK Telecom today launched ‘ThingPlug,’ an open IoT platform based on oneM2M* standards, along with its website (https://sandbox.sktiot.com) to allow anyone to develop and use IoT services.

LG U+ showcased 6 new home IoT services (out of 10 services to be released in the second half of the year) at "New Life Experience Room" in its new headquarters on the 17th. 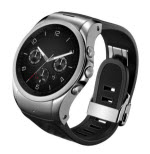 MODACOM announced the Development of Interworking Technology between oneM2M and AllJoyn Platforms.

MODACOM announced the world’s first development of interworking technology between oneM2M and AllJoyn IoT platforms and introduced it in Mobile World Congress(MWC) 2015 held in Barcelona, Spain during 2-5 March 2015.

SK Telecom presented a variety of fascinating IoT services at MWC 2105. But, the most fascinating of all was Weather Pong. 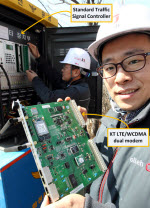 KT announced on March 16th that it will be building a GiGA IoT-based traffic signal control system that can control and monitor traffic signals remotely.

KT CEO Hwang Chang-Gyu, the only CEO in the Asia Region, gives Keynote Speech at the MWC

Through his keynote speech on 5G network services, KT CEO Hwang Chang-Gyu showed a wonderful glimpse of the future at the Mobile World Congress (MWC) 2015, held in Barcelona, Spain.

Samsung Electronics today announced that it has been selected as the sole vendor for SK Telecom’s nationwide Network Function Virtualisation (NFV) deployment. As part of the agreement, Samsung will provide its AdaptiV Core solution for the operator’s dedicated mobile IoT (Internet of Things) network.

Top 3 mobile carriers will join hands with manufacturers and release over 30 smart home (home IoT) products this year. They took aim at the most popular home IoT as the first case of success in the age of IoT. They are planning to flood the market with numerous products throughout the year unlike last year when they released a couple of pilot products.

The President and CEO of Samsung Electronics, BK Yoon, today delivered the opening keynote speech at the 2015 International Consumer Electronics Show (CES), calling for greater openness and collaboration across industries to unlock the infinite possibilities of the Internet of Things (IoT).